Well, I'm definitely not guaranteeing a post per week like I was doing before, but I've got a few posts lined up, so I'm hoping to get more than one done a month now!

Fleabag- season 1, started and finished
I didn't know a thing about this show until it got award buzz...and then when it won everything, I knew I had to at least look into it. I got it out from the library just before isolation started, and I'm so glad that I did. It's definitely crude, but I rather love that. It's fresh and real and from a woman's perspective - she is neither a complete trainwreck, nor is she perfection itself, and I really appreciated that. It's not going to be for everyone, but I think if you've lived a bit of life already, you'll find some things you can really relate to. Oh, and if you love characters breaking the fourth wall as much as I do - this is a must. Excited for when I can get my hands on season 2!

Since I didn't really finish any shows this month (although I am still working my way through the Chinese drama Unrequited Love), I figured I'd share some of the other things I've been watching:

Destination Wedding - DNF'd
It's pretty uncommon for me to dislike a movie so much that I don't finish it. I usually force myself through it, and say at the end "Yeah, well I tried" and know I gave it a fair shot to judge it. The exceptions to this are movies I stop watching within the first 15 ish minutes because the style is clearly not what I expected, or movies on television that I was sort of flipping through and therefore not something I consciously chose. So why did this one make the list? Honestly, I got through at least half of it (although I think I was maybe 2/3 of the way through), and I simply didn't care. I love Winona Ryder generally, but the relationship between these characters was just a little too unrealistically odd for me to handle.

Carrie Pilby
Carrie Pilby is based on a book by Originally I wasn't enjoying this movie. I haven't had the most patience during isolation - if I have to put in too much effort to like it, it's not happening. I had also recently tried watching Destination Wedding...so I nearly turned it off. I'm glad I didn't though. If you can through the awkward and stereotypical-feeling beginning, it becomes a sweet movie. It's not saccharine, nor is it going to likely wow you, but I really enjoyed it as a nice time passer. Change isn't a bad thing - it reminds you of that, especially when you are in a moment that you feel a bit lost. Oh, and the cast is great!

----------------------
It's been a more productive month for sure, and I'm starting to feel more like myself than I have in the past bit, so that helps. Trying to keep things lighter, and am hoping to blog more. We're at two for the month already now, so that's a promising start!

This post will essentially be Spoiler Free (except where marked in the "Where it disappoints" section), however comments by other users may possibly contain information that spoils portions of the plot, so read at them your own risk.

After the long illness of their mother leaves them orphans, four siblings fear for their separation, and decide to hide her death. Yet, this also means hiding her body, which they choose to bury in cement in the cellar. Each of them deals with this drastic change in their lives in very different ways, and to varying degrees of success - Julie takes over the household, Jack stops bathing, Sue spends hours reading and writing in her diary, and Tom starts to wear dresses. But what happens when the precarious balance they have developed in disturbed once again?

The funny thing about being in isolation during a pandemic...you think you would blog more, right? Nope. It's been very hard to find motivation. So, here's me trying - it's just a little late!

Miraculous: Tales of Ladybug & Cat Noir - season 2 & 3, started and finished
I love this show. I would be lying if I said I didn't. They released the next seasons on Netflix, and I watched multiple a day every day until I finished it. I barely paced myself. Yes, I do regret that now...but it was also totally worth it. It's cute and it makes me happy.

Maid-Sama! - started and finished
This one was cute. It took a little bit to get into, but I ended up finding it really fun, and overall relaxing. It switches between two animation styles a lot throughout the whole thing (the regular style, and the chibi style), which is effective in certain areas, but felt a little overdone to me.There were a few episodes that were a bit disjointed (and I was watching those while also playing on my phone), but overall well done. I got through the whole thing in a few days. The best part are the random fourth wall breaks, haha.

Outlander - season 5
I started the fifth season, but I really wasn't feeling it. I missed one episode and all of my motivation left. I have some of them recorded, so I will likely just have a day where I blast through these, but I'm not sure. I might also just wait until it comes out on DVD. There's nothing wrong with the season (from what I saw...although my friend is further than me, and would disagree!), but I haven't read the book this season is based on, and I don't really care about this period in American history, so it's a double "meh" from me.

Unrequited Love
The Chinese dramas are back! I'm about ten episodes into this, I think? So a little under halfway, and have really liked it. We're getting into rocky territory though, so if it gets too depressing, I'll need to take a break during quarantine! Overall, it's been good though (even if it has brought up some past feelings!)

Library Life: Do We Judge You?

The short answer is no.
But the long answer...? 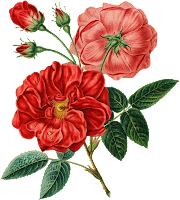 - Sometimes I notice what you check out, sometimes I don't. The longer you take to be prepared, more I notice about your books. If you are embarrassed about what you are checking out, I would suggest having your card ready before you come to the counter (or use a self-checkout option if it is available to you). I have had people comment on their items, and then I actually have to look at them to understand why they are commenting, haha.

- I know my regular's hold slip codes. That doesn't mean I check what you have on hold, only that I know you have holds because I had to interfile other holds nearby.

Whether you are a frequent visitor of your local library, or or haven't been in one since you were little, I'm sure you have a distinct picture in your mind of what they are like. Are they quiet places of study and refuge, with people who shush you, a musty smell, and books in pristine condition? Are they maybe centres filled with the sounds of storytimes and children running around, media centres to explore technology, and a nice little cafe on the main floor? 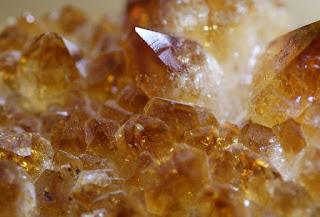 Whatever your opinions are, most of them currently fall somewhere in the middle. Unfortunately, as wonderful as this balance is, it comes with some sacrifices. How can you have a quiet study space but also allow for multimedia use? How do you keep the books clean and without damage, but also allow in food? You can't. But, there are ways to protect both of these environments to get the best of both worlds.
Read more »
Posted by Prototype_SR04 at 8:30 AM 6 comments:

Movies, movies and more movies! I definitely love to watch a lot of them in the winter. I'm spending quite a bit of time watching things I had meant to see years ago, and occasionally re-watching some comforting old favourites. So, here's what I've been watching recently!


Black Narcissus
I remember watching this movie as a teen, and remembered liking it...but I didn't really recall all that much about it, and kept mixing it up with A Nun's Story. I watched it again recently, and oh boy...wow. Honestly, I was totally in love with it. Now yes, there are a few things where it is clearly a product of its time (such as some racist depictions - although nowhere near the worst I've seen), but the storyline, cinematography, and mood are incredible. It sort of has a similar feeling to Daphne Du Maurier's Rebecca to me, so if you like the feeling of that story, I was check this one out. It is based on a book, but I've never read it.

I'm getting my groove back! I'm feeling a lot better in general now, and getting back into watching television and movies, and reading. Not to say that some days I don't want to do anything...but I'm definitely on the right track to being in a better place mentally and emotionally. So...what did I watch?

Sanditon - season 1
This started airing in Canada a few weeks ago, and I started watching it right away. I had already been watching clips of it on YouTube because it had been out in the UK (so yes, I know spoilers). It's based on an unfinished Jane Austen story, and although I haven't read it yet, I knew I wanted to watch it. Apparently her writing only covers the first episode or two of the series, but I'm interested to see where the showrunners take it. I'm definitely enjoying it so far, and will probably read the original sooner than otherwise planned. If you need a selling point other than a period drama by PBS based on an Austen work, it also has Theo James in it (Four in Divergent, Mr. Pamuk in Downton Abbey).


Howard's End
Some people may be very shocked to hear I am watching this. Others will be confused why I wouldn't want to, considering I love period dramas and Hayley Atwell. Well, I remember watching the 1992 film with Emma Thompson and Anthony Hopkins...and I despised the ending so much that it ruined the whole thing for me (we can chat about this in the comments if you'd like, but I'm trying to avoid spoilers!). Seeing this fresh adaptation, I thought it might be worth giving it another try - perhaps I just found that version didn't work for me. I'm a good chunk of the way through it now - there's only an episode or two left - and although I am really enjoying parts of it, other aspects seem to be a bit, well, all over the place. Except, I don't get the feeling that that is any fault of the actors or director, and simply a fault of the original work (I haven't read it though). A few of the characters (especially Ms. Schlegel's brother) are absolutely insufferable, and I can't stand their scenes. Hayley is wonderful though, and I am enjoying Matthew McFadyen and Philippa Coulthard in their roles as well. We'll see how I react to the ending this time...


Outlander - season 1 (rewatch)
I needed something swoon-worthy. Honestly, one day I just didn't feel overly motivated and wanted to watch something that would just make me happy, and I went for Outlander. I've watched about 3/4 of the first season, and I might finish it, or I might not. I'm not worried - I've seen it more than once, and read the book. But it is just as good this time around.