It's been a while since I've participated in a Tell Me Something Tuesday! This is a great feature run by Heidi @ Rainy Day Ramblings, where we get to share our opinions about a variety of topics! This week's question is: What type of books do you like to cuddle up with in winter? Comfort books. It's really as simple as that. I know a lot of people favour short, cute reads over the summer, but that's when I'm more likely to pick up something dense. I find that the dreariness of the season (I live in Canada, so let's not even get started talking about our winters, haha) can really affect me, so I want things that make me happy and are soothing.

I often during this time will pick up books I have read before and loved. It's not an uncommon sight to see me sitting on the floor in front of my bookshelf, reading something unintentionally. I'll have started browsing through my books, flip through to read a single passage, and end up there for 45 minutes pouring over the whole book until I realize my back has cramped up.

Now, if that title didn't get your attention, I really don't know what will. It's a little bit of click-bait, but honestly... it was prompted by something that happened recently. 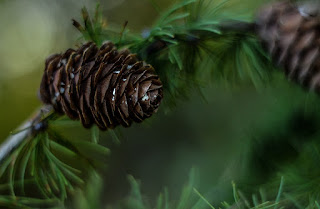 Spending so much time working in a public place, you get to not only see a lot of people, but some of them you see so often that you inadvertently learn a lot about them...or sometimes they tell you far too much. For example, I know that Patti* loves to look up facts about country music on the computer, and Stephen will automatically spell his whole name to you over the phone instead of saying "Stephen with a 'ph'," and Elizabeth will remind you she is legally blind every single time she can.

These interactions are what you just get used to, and you try to shape your conversations around this information. And then, there are these moments, where people tell you things they probably shouldn't, and that you definitely can't "unhear":

Mini-Reviews: The Sun is Also a Star, Austenland, My Big Fat Greek Wedding 2

With all of the craziness going on in my life the past few months, I'm having the best time being able to sit down and just watch movies!  So over the next while, I'll probably be pumping out a bunch of mini-reviews. If there's something specific you would like to see reviewed, or that you would like to hear more in-depth about, let me know!

The Sun is Also a Star
I had been rather interested in this one for a while, but I've never read the book. The concept was one that I thought was probably a little far-fetched, but it looked cute enough that I figured it was worth a shot. Also, having a Hollywood-unconventional couple as the stars was a big plus. Now, right from the start I thought Charles Melton was going to have to convince me to like him as well as Yara Shahidi...and he didn't really succeed. I thought he was fine but I couldn't get as behind their romance as I wanted to. Yara, I think, did quite well. The movie was a decent distraction for an evening, and I liked the ending, but overall I sort of found it to be incredibly stereotypical and predictable...even for a Young Adult movie.

Now that 2019 has come to a close, I want to update you all on how I did on my TBR Challenge for the year. This challenge is held by Adam @ Roof Beam Reader, and although I didn't do the best in the world this year, it's helped me out a lot.

What am I talking about? Here's the link to my original post about the challenge, which includes a list of all of the books I hoped to get through, and links to the related reviews. 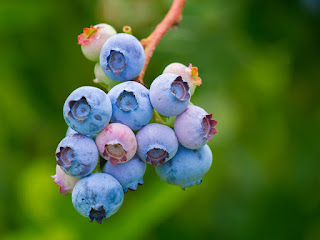 Although I watched several movies over the past few months, I didn't end up watching a lot of television! I decided to combine everything from October through December into one big post to share what I have been watching. Look out for some mini-reviews about the movies later on.

Poldark - season 2, 3, 4 (started and finished all)
I whipped through watching the series for a second time - watching most of three seasons in about a month. I continued watching season 5 as it aired each week. I really enjoyed this series, especially the first three seasons, and will absolutely be recommending it to people (you all included!)

Frontier - season 3
I'm so glad this season is finally on Netflix! Basically, I watched the first two seasons on Netflix after being unable to catch them on television (I didn't know when they were airing). When I finished them, I had to wait a little while for season three to air. I ended up barely missing it...literally missed an episode or two, so I waited the whole time for it to show up on Netflix, and mildly lost my mind. BUT, I finally am getting to watch it. I'm about halfway through, so it shouldn't take me too long to finish it. It doesn't seem quite as good so far, but still enjoying it.

Anne with an E - randomly/season 3
Being rather a book purist, I find television adaptations of books are usually very difficult for me to get into. This show was no exception. Although I've never read Anne of Green Gables, I was always in love with the mini-series from the 1980s, and didn't handle very well anything that didn't invoke the same feelings. I didn't enjoy this at first. I watched random clips here and there, and couldn't really connect with it. Eventually I ended up watching random bits of season 2. It was, *shrug,* okay. Yet, I started watching clips of season 3 on YouTube...and then I started watching it on TV...and I got weirdly invested in it. Unfortunately it looks like they won't be returning for a fourth season...but at least I got the satisfaction from the last episode that I wanted - one positive!