We're nearing the end of the year, which means I am nearing the end of my TBR challenge, A Queen of Air and Darkness will be out soon, and my school semester is coming to a close. Television hasn't been a major priority, but I do have a few things I have been watching. As a heads-up, it's 1:30 in the morning when I'm writing a good chunk of this post, so...sorry in advance?

I'm back to a similar position as I was with the first season - I haven't read this. If you follow me on Goodreads, you'll see that I haven't made any progress on book four, Drums of Autumn, in over a year. I do know some plot points further on in the book, but I've technically only read a bit under half of it. Considering the series is zooming along, they will definitely surpass me soon. Yes, watching the season makes me want to pick the book back up, but I have much more pressing reads right now. I'm annoyed at one big deviation from the book (it seems like a minor detail, but it is in fact not), but otherwise liking how they are handling it for the most part (asides from my normal issues with their pacing). I should stop rambling now. Can you tell I'm blogging when I'm tired?

Thanks to Jana at That Artsy Reader Girl for this week's topic! I haven't done one in a bit because things have been rather crazy, but I wanted to take the time for this one. 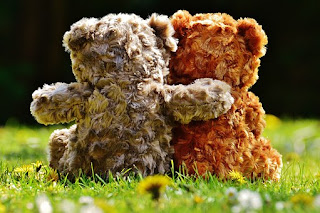 2) Tibby, Lena, Bridget, and Carmen > Best Friends - The Sisterhood of the Travelling Pants by Ann Brashares

YA in Review: The Maze Runner (James Dashner)

This post will essentially be Spoiler Free, however comments by other users may possibly contain information that spoils portions of the plot, so read at them your own risk. This book is the eighth one that I've completed for my 2018 TBR Challenge. I'm getting there!

Thomas wakes up suddenly in a box, being transported underground, and has absolutely no memory of how he got there or his life before that very moment. The only thing he remembers is his name. When he finally sees the surface, an area know as the Glade, he meets a group of boys who all have a similar story. He learns that each has their own role to contribute, from farmers to cooks, and the elite group of maze runners who explore the labyrinth surrounding the Glade - trying to discover the secrets to help them get free. But Thomas is different - he gets the feeling that he's been here before, and unlike the others, knows he needs to explore the maze, no matter the dangers. And when only days later the first and only girl arrives, they know that nothing they have come to rely on will ever be the same again.

This post will essentially be Spoiler Free, however comments by other users may possibly contain information that spoils portions of the plot, so read at them your own risk. This book is the seventh one that I've completed for my 2018 TBR Challenge. I only have five left - can I do it?

In the not so distant future, fertility rates are at an all-time low, making modesty and the ability to bear children of paramount importance. The government has been overthrown, and the Bible is law - including its determination of sin. Inspired by the story of Jacob and Rachel, women able to bear children are delegated as Handmaids and assigned to a household for the sole purpose of providing the family with a baby. One of these women, known only as Offred from her assignment to the household of Commander Fred, tells her bleak story with raw honesty. 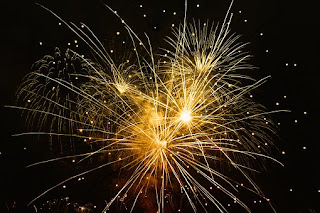 As Clare from The Regal Critiques reminded me, it's Bonfire Night (or as many of us in Canada know it as, Guy Fawkes Day). So, I'm grabbing this tag from her, which she originally found here.


Screamers: A book that made you want to scream (in a good or bad way)


Rebecca by Daphne Du Maurier. I legitimately screamed when I read the ending, and proceeded to start back at the beginning instantly. This is one of those book where the beginning occurs after the end, and the whole thing is a memory. Anyway, if you haven't read this one, the ending is divine.

Bombers: A book that you read before it "exploded" in the book community
Thirteen Reasons Why by Jay Asher. I read this maybe two years after it came out? Regardless, it wasn't one I had really heard that much about at the time. But now there's a show, and everyone and their dog knows about it.

Banger: A banned book you've read
So many. I feel like a lot of my favourite books can be determined by looking at a banned book list. Let me see...The Picture of Dorian Gray by Oscar Wilde. I love the "banned" content of this book so much that when I realized that they had released the original, uncensored version, I instantly sought after a copy.
Read more »
Posted by Prototype_SR04 at 11:28 PM 5 comments:

Television and movies have took a real backseat in the last half of the month, but the beginning of October had be watching non-stop. Here's what I've been sinking my teeth into this October:

The Innocents - started and finished
I knew instantly that I would like this one. It has that creepy sci-fi fantasy tilt set in the current world, which I tend to be really into. It's just freaky enough that it's fun, but not so bad that I couldn't watch it at night or that it kept me up. It's only 8 episodes, so if you need a shorter series to get invested in, this is a good bet. I also love that the entire season wrapped up well as a contained package (so I'm not sitting there horrified if it doesn't get picked up for season 2), but there are still enough unsolved things that I would love to see the story progress and for everything to resolve.


Frontier - season 1
I've meant to watch this one for a while, but part of me was sort of worried it would be too gory for me. I watch Game of Thrones though, so I have no idea why I was concerned. Anyway, I've only just started this one, and although it starts a bit slow, it seems promising so far. Best part? It's Canadian history come to life...with a twist, of course.