Wonderful stories don't simply have to be limited to novels and movies. Thanks to That Artsy Reader Girl's Top Ten Tuesday topic of an Audio Freebie (anything related to audio that you would like), I was inspired to make this week's list about the power of the amazing story told through song.

I have not included songs from musicals (which are engineered to be telling a story), and instead am focusing on those pieces that are stories in and of themselves. 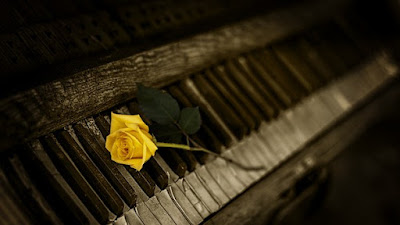 1) American Pie by Don McLean
Perhaps this answer is really stereotypical, but I can't help but include it. It's one of my absolute favourites, and it tells an incredible story.

2) Walt Grace's Submarine Test, January 1967 by John Mayer
I can't even explain how much I love this one. It's got a fantastic rhyming scheme and an uplifting story - especially for all of us dreamers. I recently learned that a bunch of people find the ending of this song ambiguous, which I never have...so that's pretty interesting. Let me know what you think if you give it a listen!

3) Coat of Many Colors by Dolly Parton
A moving and inspirational song, this story about a coat made with a mother's love and sewed from rags, is autobiographical. It's such a beloved song that a movie was even made in 2015 chronicling this period of Parton's life.

4) The River by Bruce Springsteen
A song about regrets and looking back on your life, this one will quite possibly leave you in tears. It's not the kind of song to leave you quickly, with incredible lines like "these memories come back to haunt me, they haunt me like a curse. Is a dream a lie if it don't come true, or is it something worse...?"

5) The Downeaster Alexa by Billy Joel
Billy Joel has several songs that could appear on this list, but this is probably my favourite. Tackling the life and difficulties of a fisherman who has fallen on hard times, this song is both sad and inspirational at the same time. I also think that a large part of the brilliance of this song is how the sounds of the swell of the sea, squawking birds, and fog horns all appear in the song using instruments. It isn't cheesy or distracting, and instead really adds to the mood.

The Child in Time

This film is based on a 1987 novel by British writer Ian McEwan, of Atonement fame. It was adapted into a movie of the same name in 2017.

In the work of a moment, Stephen's daughter Kate goes missing at the grocery store - gone without a trace. Wracked with guilt and devastation, Stephen's marriage falls apart under the strain, and he and Julie live separate lives. All that remains of the life Stephen once knew, is his career writing children's books, his friend Charles and Charles' wife Thelma. But when even his friend changes in ways that he can't understand, Stephen is forced to come to terms with the shadow of grief that has been hanging over him.

Something you don't see as much is books featuring main characters with red hair. Even when you have them set in Ireland or Scotland, the choice is often made to give them black hair and blue eyes. So, in honour of St. Patrick's Day, I want to pay homage to some books where one of the main characters has red hair! 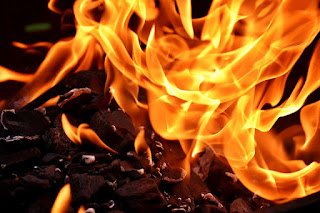 TTT: Books I Wish Had Sequels

It feels like forever since I have participated in That Artsy Reader Girl's Top Ten Tuesday, but I do want to start getting back into it from time to time. It's a fun way to add some variety to the blog and connect with other book bloggers.
Anyway, this week's topic is all about standalone books that we wish had sequels. I've tried to avoid picking books that already have companion novels,  but I did sneak one in! Funnily enough, a few books that I would have put on this list did have sequels come out not too long ago... 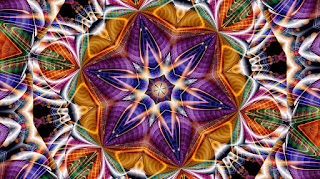 Here's the moment when I became acutely aware that I read a lot of series.

1) The Chrysalids by John Wyndham - I would love to know how civilization is after this. Tell me all about Sealand!

2) North & South by Elizabeth Gaskell - Could they have children and for some reason be forced to move to the South? Then you can see the reversed prejudices in their children?

3) Lady Susan by Jane Austen - What antics will she get up to next? We all know this isn't the time she starts behaving herself.

4) The Handmaid's Tale by Margaret Atwood - No, I wasn't blown away by this book, but with the way it ended and the only brief glimpses into Offred's life that we get to see...we need a sequel. Guess what though? It's actually going to happen!

5) Speak by Laurie Halse Anderson - Although there is a companion novel, Catalyst, that takes place in the same high school, I would really like to see Melinda after she starts coming to terms with what happened to her. Healing doesn't take place in an instant, and I really want to see more of her journey through this process.

Life has been a bit nuts, but I'm trudging along! Apologies for the lateness of this post, but here it finally is! A very slow month for television, but not a bad one for movies.


Poldark - season 4
I definitely had to slow it down with this season, but I'm about halfway through it now. It's changed quite a bit in terms of mood, but I do still really like it. I'm curious to see where the final season will go.

If you love classic literature as much as I do, you're bound to have some strong opinions about their content - and not all of it matches the most common opinions and perceptions that people have. So today I want to share a few of my "favourite" unpopular opinions that I have.

Spoilers, spoilers abound! For each book I'm talking about, the description might contain spoilers. If you haven't read these books, it's safe to read the titles in bold, but you might want to avoid the explanations underneath. 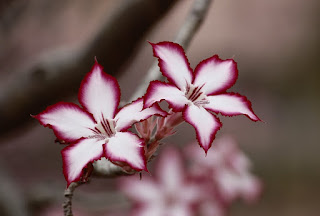