It might have been a while since I've done an update on the shows I've been watching, but I have been experiencing a real mix of things on television. Since I was only really watching one thing at a time, I didn't really have enough to do monthly updates, and then after that I didn't really know where to start! So over the next while I'll give you some mini-reviews on what I've been viewing so that we can get all caught up.

I devoured Bridgerton. Did I like it? Absolutely. Do I think it was good? No, no I don't. But it was fun, and addictive, and I definitely recommend it if you need a distraction from real life for several hours. Just...don't have any expectations about historical accuracy or anything (think The CW's Reign), or you will instantly hate it.

I loved this. I have an absolute obsession with Tudor history, and a particular adoration of Elizabeth I and Catherine of Aragon. So, a show diving right in on Catherine and the tumultuous time between her journey to England and marriage to Henry VIII? I was excited, but also feeling very cautious. I think they did a brilliant job with it - keeping both to her character and Henry's, and also keeping it feeling historically accurate. I'm really looking forward to watching the next season.

Tell Me Something Tuesday is a weekly feature hosted by the lovely Rainy Day Ramblings, and currently assisted by a team of bloggers, Roberta @ Offbeat YA, Karen @ For What It's Worth, Berls @ Because Reading Is Better Than Real Life, Jen @ That's What I'm Talking About, and Linda @ Book Girl of Mur-y-Castell.
This week's topic is: Are you an introvert or an extrovert? 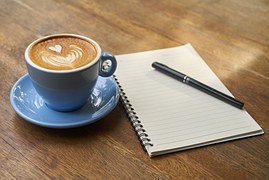 Email ThisBlogThis!Share to TwitterShare to FacebookShare to Pinterest
Labels: about me, discussion, TMST 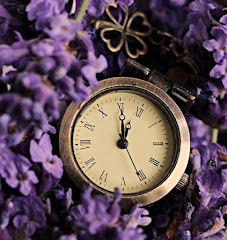 When you request an item at a library, staff pull it off the shelf, check it in, and file it in a special location for pick-up. But, as masters of categorizing and putting items in order, you might be wondering just exactly how we file them. This brings up a few important issues in the library world:
In order to solve this dilemma, libraries have different methods for storing and sorting them, however they all follow similar principles.
Some libraries use slips of paper with a person's full name, sorting by their surname, and store them behind a counter for privacy. This is often done for smaller or more private libraries, as it requires a lot of space in a staff-only area.
Many, dare I say most, use specially coded "holds pick-up slips" that can be seen by the public. These involve some combination of a person's name as well as a number to help distinguish between similar names. So, a holds pick-up slip could have the first 3 or 4 letters of a person's last name, their first name, and perhaps, the last 4 numbers of their phone number.
Most libraries I have been to, have it actually even more secretive than that, however. Most commonly, I have seen The first 3 or 4 letters of the last name, first initial, and a short sequence of numbers. The numbers usually correspond to either a barcode or a phone number, depending on the size of the library. This allows for privacy, as well as for people to be able to find their own items.
For example, mine would be something like ROGS1234
You might wonder, how private this really is though. Let me show you!
Read more »
Posted by Prototype_SR04 at 8:37 AM 5 comments:

Tell Me Something Tuesday is a weekly feature hosted by the lovely Rainy Day Ramblings, and currently assisted by a team of bloggers, Roberta @ Offbeat YA, Karen @ For What It's Worth, Berls @ Because Reading Is Better Than Real Life, Jen @ That's What I'm Talking About, and Linda @ Book Girl of Mur-y-Castell.

Blogging for the past year or so has been very difficult for me, and I'm working my way slowly back to it. But there have been other moments where I've wondered about the best way to continue. My biggest challenges have been:

So, what have I done to try and circumvent these?

I'm working on changing my reviewing style. I find it hard to accomplish, and it's kind of dry, and not very fun. Sure, it's trying to avoid too much bias...but, if you didn't want my opinion, why are you reading the blog, right? I can still provide some unbiased content, but it's much easier to just be myself and less structured!

I think that reviewing things in smaller chunks, and with the change to my reviewing style, this will sort itself out. But yes, I think about how I have to pay attention to something because it is something I will need to review later, and then lose interest in watching it. But, if I have a shorter, and less structured review, I think this will solve that. We'll see!

I have a lot to work on, and it's a bit of an uphill battle, but I think it will all be for the better in the long run.