May was definitely an intense month for television...I think I need some happier things for June, don't you?

I was a bit worried about whether or not I would keep watching this show, but it's looking like it has gotten a decent revival with the change of scenery this season. It's still pretty early on, but I'm liking it so far. I definitely don't feel desperate to watch the episodes the second they come out, but I am watching them within a few days, and am looking forward to them. If you're into basic sci-fi and dystopians, I would check this series out. It is also inspired by a book series, but they are only very loosely related to each other. The series came out before the first book was published, so it is only based on the characters and the concept, but most of the plot differs.

May is Mental Health Month, so I do want to talk about this a little bit. Although I'm hesitant to discuss my own mental health here, ensuring that good role models exist in the forefront and reducing the stigma is really important to me. There need to be resources for people to go to understand their own mental health, the mental health of others, and to feel less alone in their struggles.

Today I want to highlight some books and movies that feature different mental health situations that will resonate with a variety of groups. I'm only including pieces that I have read or watched, because I don't like to comment too often on things that I'm not familiar with. If you have any of your own pieces that you think people will want to experience, please don't hesitate to mention them in the comments. There are some great pieces out there that I won't have seen yet! 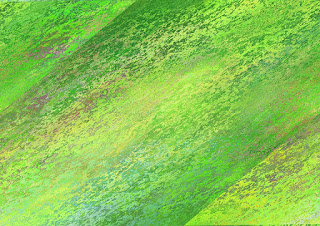 In honour of May's birthstone of the emerald, this week's Top 5 Wednesday is focusing on emerald green book covers! I haven't done many of these, but I think they are a fun addition to the blog from time to time. If you want to join in on these, you can see all of the T5W topics here. Here are some emerald books that I have read or are on my TBR:

YA in Review: How I Live Now (Meg Rosoff)

This post contains mild Spoilers, although they occur not far into the book. Comments by other users may possibly contain information that further spoils portions of the plot, so read at them your own risk. This book was adapted into a movie in 2013 which stars Saoirse Ronan, and is an early role for Tom Holland.


Fifteen year old Daisy defines herself by everything she is not; She is not Elizabeth, not wanted at home, and definitely not going to eat. Sent from the United States to live on an English farm with her aunt and cousins, Daisy finds herself thrown into a very different world. Instead of her indifferent father and nasty stepmother, she is greeted by four quirky and connected cousins, and her mother's loving sister. Quickly fitting in, Daisy finds the family dynamic she didn't know she could have. Yet, just as suddenly as her idyllic farm life begins, it is shattered by the start of World War III. The enemy is as unknown as the future as everything gets thrown into chaos. But for Daisy, there is nothing more important than holding on to her newfound life.

TTT: Books I Read Because of Their Adaptations

Thanks to That Artsy Reader Girl, this week's Top Ten Tuesday is a "Page to Screen Freebie (Books that became movies/TV shows, movies that became books, great adaptations, bad ones, books you need to read before watching their movie/TV show, movies you loved based on books you hated or vice versa, books you want to read because you saw the movie or vice versa, etc.)". So for me, I wanted to do books that I read because I had seen, and enjoyed the movie. Enjoy! 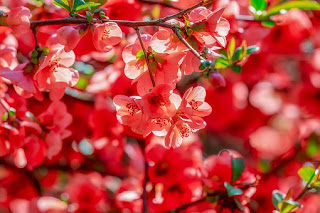 Pride and Prejudice
I remember my mom watching this one day, and I curled up in front of the television with her to watch it as well. She had to explain several things to me, but I ended up falling in love with the story. It's been a favourite ever since, and I knew I had to read the book. It was maybe the third or fourth Austen book that I read, but it was the first one I was exposed to. Favourite version: 1995 with Jennifer Ehle and Colin Firth

Wuthering Heights
I would definitely say that this was my introduction to Gothic movies and literature. This was something my mom and I would watch at like 1:00 in the morning when we couldn't sleep, and honestly that is the best time to watch it. It is dark and obsessive, and just plain wonderful. I didn't read it until many years later, but my love for the movie was certainly why I picked it up. Favourite version: 1992 with Ralph Fiennes and Juliette Binoche

Outlander
For all of you who know my love of period dramas, it should be no surprise that Outlander appealed to me instantly since it takes place in two historically important periods. I watched the first episode knowing almost nothing more than a wartime combat nurse and science fiction time travel, and was really interested. I missed the next few episodes (insert long, unimportant story here...) and then learned that one of my best friends had actually been reading the series for a while and also loved the show. I just recently finished the fourth book myself.

The Hunger Games
The same friend who loves Outlander also took me to see The Hunger Games, and loaned me her copies of the books. In all honesty, I think I might have started the first book before seeing the movie, but I don't remember...and I at least started reading them because the movie was out.

TTT: Characters That Remind Me of Myself

Unfortunately, even those these have been awesome topics for me lately, I've had to rush through these lists. Thanks to That Artsy Reader Girl for this week's topic, today we're talking about characters that remind you of yourself. Here are some that automatically come to mind (for various reasons). 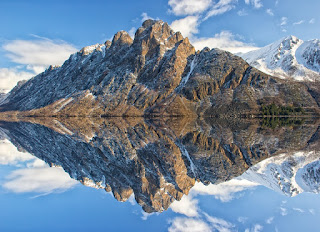 Email ThisBlogThis!Share to TwitterShare to FacebookShare to Pinterest
Labels: about me, lists, TTT

If you could see the notes posted on my computer, you'd discover that I watch a lot of movies, and review...perhaps two thirds of them. What does that mean? Well, those notes contain all of the movies I've seen that I don't really want to write a full-length review for. I've been a bit lazy recently (i.e. too busy with other things that make blogging hard), so the list has been piling up, and up, and...up. Some of the movies on that list I watched back in the summer! Regardless, I will be starting to post a few mini-reviews again to get rid of the backlog...and to give you just a brief summary of what I thought. If you'd like a more in-depth review of any of these, please leave me a comment below or send me a message in the sidebar and let me know, and I will be more than happy to provide one. These ones are all recent ones first, and then I will be moving backwards to some older ones.

On Chesil Beach
I was going to do an in-depth review here, but then I realized I didn't have too much to say about it. I'm also planning on reading the book (by Ian McEwan), so I might do a Read vs. Reel post on that in the future. But, I digress. On Chesil Beach is sad. It's entirely about character development, and about two people who are unable to communicate properly, especially in the midst of a difficult situation, and this changes their relationship forever. It's told through present moments interspersed with flashbacks so you can fully understand where each person is coming from. I did think it was well done, but I'm not sure it's one that will appeal to a lot of people. If you want a lot of action, or a neat and tidy resolution with all of the answers, then this isn't really your type of film. If you like character-driven plots, where you get a resolution that comes full circle as an end but doesn't give you all the bits that happened in between, then you'll be good with this one. Saorise Ronan, Billy Howe and Anne-Marie Duff (whom I adore) are all great.

Yay, my semester is done! I have a few weeks with which to read and watch a bunch of stuff, and blog to my heart's content. That's a good thing because May has a bunch of awesome content that I am looking forward to.

I only have two episodes left of this season (which is all there is on Netflix so far), and then I will be done. There was a huge shift in the feeling and perspective of this season, so that took quite a bit to get used to. Where last season focused on the candidates in the Process, this season actually takes place before the next year's process. Although I found this interesting (and we get to see a lot of character backstories), I haven't been enjoying it as much as the first season. Still worth a watch, but I'm not as attached to it.

Game of Thrones - season 8
No spoilers, don't worry. The show "everyone" has been waiting for. Love it or hate it, it's definitely everywhere right now. Unfortunately I am not always able to remain completely up to date with this because my family likes to watch it all together, so that can make being on the internet difficult. I am currently all caught up though, so it's nice to be online right now! Haha. Anyway, I'm not overall impressed yet, but there have been a few stellar moments, so I wouldn't list myself as disappointed. Bit of a deus ex machina type of thing going on for me though. We'll see!