Surprisingly, although I absolutely adore quotes, this week's Top Ten Tuesday was a tough one for me. These are a few quotes that I absolutely adore from books that I wanted to share. I will most likely do another post about quotes in the future when I have time to compile a bigger list. Thanks to That Artsy Reader Girl for this week's topic. 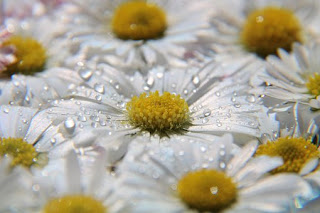 1) “She philosophically noted dates as they came past in the revolution of the year. Her own birthday, and every other day individualized by incidents in which she had taken some share. She suddenly thought, one afternoon, that there was another date, of greater importance than all those; that of her own death; a day which lay sly and unseen among all the other days of the year, giving no sign or sound when she annually passed over it; but not the less surely there. When was it?” - Thomas Hardy, Tess of the D'Urbervilles

Keira Knightley stars in this biographical drama about french novelist and icon Colette during her burgeoning years as a writer.

Before she was famed Parisian writer Colette, she was simply Sidonie-Gabrielle. Upon her marriage to famous author "Willy," she moves from her quiet country life to the big city, and helps her husband with his correspondence. Eventually, amidst financial troubles, in order to increase Willy's literary output, Colette becomes one of of his numerous ghost writers. Yet no one could have predicted the magnitude of her invisible success. But there comes a time when Colette is no longer content being invisible.

A quick topic this week for That Artsy Reader Girl's Top Ten Tuesday, and that is about the first ten books that you reviewed. Although we could include Goodreads reviews, I decided to just focus directly on my blog this time. I knew some of these were my first reviews, but there were a couple I had forgotten were near the beginning! I've included links to them in case you want to check them out, but let's be honest, some aspects of my style have completely changed! 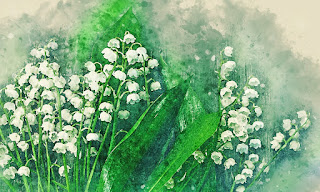 Since I suggested this topic, I figure I have to do it, right? Haha, no I'm super excited that one of my suggestions was picked for this week's Top Ten Tuesday hosted by That Artsy Reader Girl. This one is perfect for April, since it's spring and generally full of rain. So, whether it's books that fit the rainy or stormy mood, or ones that cheer you up out of a weather slump, there are lots of good options for this topic.

Where I'm concerned, I generally gravitate to either one of two types of books when it's all sombre and rainy out: Dark/Gothic, or Sweet and Lovely. With that in mind, my list is going to be split between the two types this week! So, here we go: 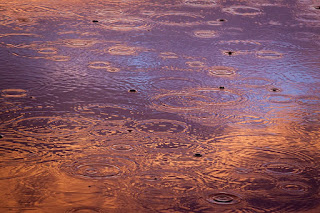 1) The Tennant of Wildfell Hall by Anne Brontë

6) The Picture of Dorian Gray by Oscar Wilde

I think one of the most important things to know about my television and movie tastes is that I am wholly and utterly obsessed with period dramas. If there is a new one coming out on television, it is highly unlikely that you telling me about it will be new information. This is one genre that I just can't seem to get enough of.
So, in honour of my unending love and dedication to period dramas, I want to share five of my absolute favourites. I am limiting it specifically to television shows, however. So that means that movies are out, as are mini-series. So anything on this list either has lasted more than one season, or was created with the intention to last more than one season. That means that adaptations like Pride and Prejudice or North & South are out, no matter how much I adore them.
So, here are five favourites and why you should give them a go:


1) Poldark
I put off watching Poldark for a bit because, well, I knew I was going to be obsessed with it. I didn't have the time to devote to it, and then when I did try to pick it up was when I couldn't seem to get my hands on it from the library because everyone else wanted it too. Poldark is not only a stunning way to fall in love with Cornwall (or in my case, further in love than I already was), but it's got a little bit of everything. War, love, lust, jealousy, revenge, justice, questionable morality...it is just so, so good.


2) Victoria
I love anything to do with British royalty (not really...but kind of really), and Victoria is no exception. If you want an intense story right at the peak of a period of great change and progress for England, then this is a great one. Victoria is not without her faults, and you get to see them, but she still remains very likeable and utterly respected. Costumes and sets are gorgeous, you get to really watch Victoria grow and change in her role, and the cast is brilliant. It's still going strong in season 3.

YA in Review: Kingdom of Ash (Sarah J. Maas)


It is the end. Aelin Galathynius must put everything on the line one final time to stand against Erawan and Maeve - saving not only her people in Terrasen, but all of the land of Erilea. With her loved ones by her side and Aelin's immensely powerful gifts, they could just stand a chance against all of Morath's evil forces. But, where is she? Captured by Maeve and separated from her husband, cousin, friends and allies, Aelin is unable to be found, let alone able to fight. With battles raging all around and all those she loves fighting constantly for their lives, how can they possibly be expected to win? And how will an army rally without a queen to lead them to victory?

Well, I can't say that too much has been going on for me again lately. I'm nearly done my semester (end of April), and then hopefully things will pick up. However, what I did watch was good stuff!


3% - season 1
This is an awesome show about a group of people vying for the opportunity of a better life in The Offshore. Once civilians reach the age of 20, they are able to compete to be one of the 3% that have what it takes to make it out of the slums and into a beautiful land of prosperity and medicine. It really takes a look at what lengths people will go to when pushed into desperate situations, and is kind of like reality television except less cheesy. Never heard of this show? I'm not surprised - it's in Portuguese. It's on Netflix though, so it will be relatively accessible. I started watching it with the default settings, which was the English dub, and was having a hard time getting into the acting, but thought the plot had potential. Partway through episode 2 I switched it to the original Portuguese with English subtitles, and my enjoyment grew exponentially. So, if you can handle the subtitles, it works so much better for the show. I have one episode left to go and then I'm on to Season 2. (P.S. I just heard it described as the Brazilian Hunger Games, and I kind of loved that).