It's that time again! One of my favourite weeks of the year, Banned Book Week is that time that we get to acknowledge those stories that for one reason or another have been removed (or encouraged to be removed) from shelves. Now, I don't know about you, but some of my absolute favourite books in the world have at one point or another been questioned or banned. And sometimes the reasons are for the silliest things. Here are some of the books I love that are constantly found on Banned or Challenged Books lists: 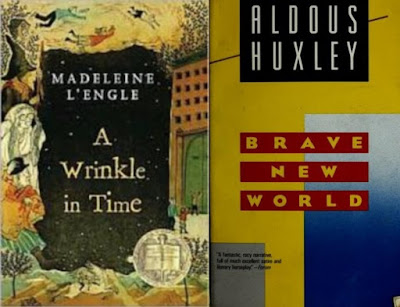 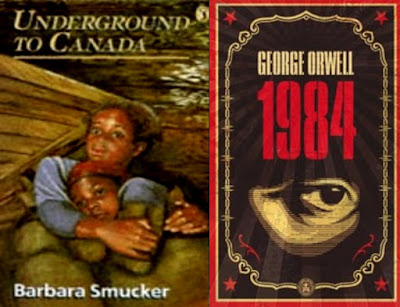 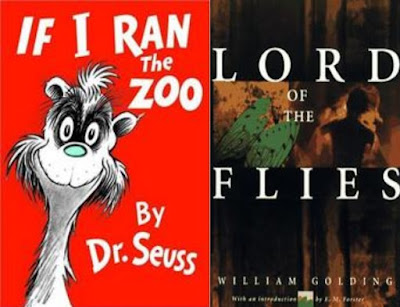 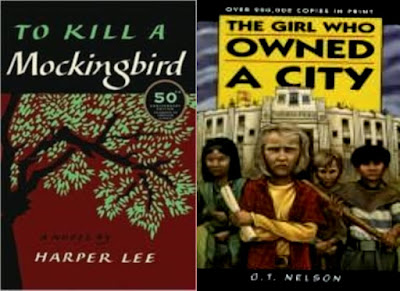 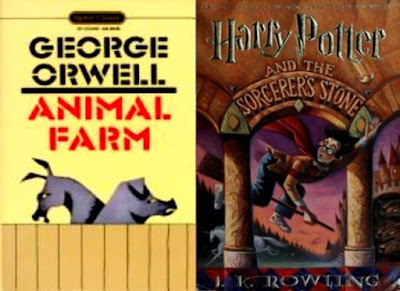 I love some great cover art. I actually will pay an extra dollar for a book that they nailed the artwork on. I mean, you're going to be looking at it for years, so why not? But let's be honest - for every great cover, there are usually more that you just sit there going "why did someone think this was okay?". So, with the help of my friend Google, here are samplings of both the good and the bad for... 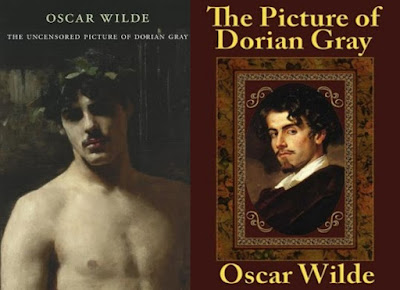 The first two covers are interesting for one thing especially - Dorian is depicted as having brown hair, contrary to the book's description of him being a blond. Also interesting that the first cover shows Dorian as an Adonis-figure, laurel wreath and all.
Read more »
Posted by Prototype_SR04 at 12:30 AM No comments:

For those of you who aren't familiar with the work of Studio Ghibli, here's the basics:
Studio Ghibli, established in 1985, is a Japanese animation group by Hayao Miyazaki, Toshio Suzuki, Isao Takahata, and Yasuyoshi Tokuma. It has been the brilliant engine behind many of the highest grossing anime films in Japan, and has developed somewhat of a cult following in North America. Known for its quirky style, but thought-provoking storylines, if you can watch these with an open mind and heart, they are definitely an experience you won't forget.

I've been lucky enough to enjoy these movies for about five years now, and have seen nine so far. Although there are a few other films regularly referred to as being part of the studio (being made by the same people before it's official formation, etc.), these are the official movies made under the Studio Ghibli label, with the ones I have seen highlighted:

Laputa: Castle in the Sky
Grave of the Fireflies
My Neighbour Totoro
Kiki's Delivery Service
Only Yesterday
Porco Rosso
Pom Poko
Whisper of the Heart
Princess Mononoke
My Neighbours the Yamadas
Spirited Away
The Cat Returns
Howl's Moving Castle
Tales from Earthsea
Ponyo
The Secret World of Arrietty
From Up on Poppy Hill
The Wind Rises
The Tale of the Princess Kaguya
When Marnie Was There

Now that I have a good chunk of these delightful films under my belt, I figured I'd share which ones have been my favourites. Although I fully expect this list might change as I get to view more of them, here are my current top 5 in no particular order! (And my goodness was it hard to pick between a couple!)

With the return of Outlander this Sunday for season 3, I've been re-watching the second season this past week to get myself all caught up again. I think one of my absolute favourite things about this series is the richness of the characters. Even if a story is great, I won't be able to get into it if the character development is poor, but I am more likely to put up with a lackluster plot for wonderful people. So here are some of the delightful folk from the first two seasons/novels that make this great series worth a watch.

Dystopian and Post-Apocalyptic Fiction For All Ages

I've loved dystopian fiction ever since I was about twelve years old, but unfortunately for me there wasn't that much out there for my age bracket. So I read what I could for my age, but quickly tried reading things above my level. In order to make things a little easier for people like me, or just for those looking for some other options, here is my list of decent to great examples of dystopian fiction. I'm only including ones that I personally have read and at least remotely enjoyed. Hope this helps!