Back in May, I read a really awesome post by Nessa Luna on her blog October Tune, all about the books she still wanted to read but hadn't gotten to yet. Please check out that fun post here:

I was inspired to do something similar here, and although I'm doing it a bit differently than her, I wanted to cover books that have been on my TBR for a long time that I do actually still intend to read (rather than those ones you eventually weed off every few years). If I intend to read the series, I have listed it as the series title, but if I hope to at least read 1 book from the series and go from there, I have just listed the first book for now. So, without further ado, here's my list of 50 books that I'm still excited to get to! 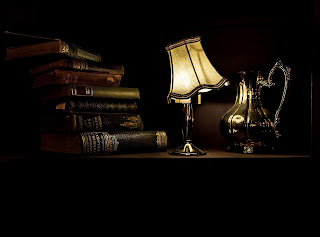 1. Flowers for Algernon by Daniel Keyes
2. War and Peace by Leo Tolstoy
3-9. The Chronicles of Narnia by C. S. Lewis
10. A Game of Thrones by George R. R. Martin
11. Shadow and Bone by Leigh Bardugo
12. The Pillars of the Earth by Ken Follett
13. Villette by Charlotte Brontë
14-21. Anne of Green Gables series by L.M. Montgomery
22. The Thorn Birds by Colleen McCullough
23-25. The Lord of the Rings by J.R.R. Tolkien
26. Inkspell by Cornelia Funke
27. The Mysteries of Udolpho by Ann Radcliffe
28. The Lies of Locke Lamora by Scott Lynch
29. Sanditon by Jane Austen
30. The Mayor of Casterbridge by Thomas Hardy
31. The Golden Compass by Philip Pullman
32. The Picture of Dorian Gray (Uncensored Version) by Oscar Wilde (I've read the censored one)
33. Bridge to Terabithia by Katherine Paterson
34. Sabriel by Garth Nix
35. The Sword of Shannara by Terry Brooks
36. The Phantom of the Opera by Gaston Leroux
37. Mistborn by Brandon Sanderson
38. Enduring Love by Ian McEwan
39. A Canticle for Leibowitz by Walter M. Miller
40-42. To All The Boys I've Loved Before series by Jenny Han
43. A Court of Thorns and Roses by Sarah J. Maas
44. Ross Poldark by Winston Graham
45. Where Rainbows End by Cecelia Ahern
46. The Falconer by Elizabeth May
47-48. Persepolis series by Marjane Satrapi
49. Wizard's First Rule by Terry Goodkind
50. Keturah and Lord Death by Martine Leavitt

-----
Are any of these on your list? If you've read any, is there something you'd recommend I hurry up with and start reading sooner?
Posted by Prototype_SR04 at 9:29 AM