Would You Rather Book Tag

I've been having a hard time blogging for many months, so I want to focus on some fun and light content hopefully for the next little while until I get back into the swing of things...and what's more fun than a tag? These questions are provided by Greg @ Book Haven! 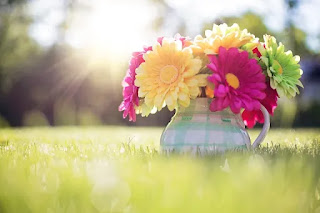 1) Would you rather read or watch Netflix for an entire year?

In truth, read, although I unfortunately haven't had much mental space for it lately. But reading will always be one of my favourite things to do, regardless of if I am actively able to do it!

Backlist books! I have such an extensive backlist of things that I truly want to read (and in a lot of cases, also own). I would love to clear these shelves down a bit!

3) Would you rather have pizza or Chinese food?

Well, Greg has decided to torture me with this question. I eat a fair amount of pizza, so I guess I would likely have to pick that...but I truly, truly love Chinese food, especially Szechuan.

4) Would you rather use Bookstagram or Twitter- only one- for a whole year?

Twitter! Bookstagram is great, but I have a hard time posting on it (@clockwork_biblitheca) a lot of the time. Twitter, although I also don't post on there super often (@ClockworkBiblio), I find it a lot easier to engage with other people even if you don't have your own unique tweets to write.

5) Would you rather have your blog professionally designed or do you like to DIY?

In truth, I really like to do it myself, but I don't have a lot of time or patience for it, and still want it to look good...so it's a bit of a half and half thing? I like to use some pre-made components and then do the rest myself. So, if I had to pick? Definitely DIY.

6) Would you rather have a bookstore or be hired by your fave publisher?

Hired by my favourite publisher! As much as the idea of having a bookstore appeals to me, I don't know that it wouldn't break my heart to part with the items in my store! I've also always had a dream of having my work published, so it would be amazing if a published I loved was interested in my writing.

7) Would you rather have dogs or cats?

He wounds me once again with a question! I was always, always a dog person - there was no debating it at all, but over the past several years I have really fell for a few lovely cats. I love how low maintenance and independent they are...but I still love snuggle time, so super aloof cats are not my favourite. I think I'm still going to go with dogs, but cats are better fitting in with my current lifestyle.

8) Would you rather go to the past or future?

The past. This one is pretty easy for me. There are a lot of things that have occurred and time periods that have fascinated me that I would want to experience, and/or would want to know the truth about, and this would allow me some of the opportunity. Also, I may be deemed insane, or I may be deemed brilliant in the past...in the future, I would be looked at as antiquated or stupid, and that is not my cup of tea!

9) Would you rather be in a Victorian era mystery or a future setting book?

It might seem odd to say, especially after just saying I would prefer the past...but I think I would prefer to be in a future setting book. Mysteries are not my cup of tea generally, and there would be some interesting things about the future. Besides, I love dystopias ;)

10) What is your best book of 2020 so far?
I'm going to cheat a little, but the graphic novel series Siúil a Rún: The Girl From the Other Side is amazing, and they have been a thoroughly enjoyable read during the pandemic. Don't spoil them for me though - I'm not done!
Posted by Prototype_SR04 at 8:30 AM

Email ThisBlogThis!Share to TwitterShare to FacebookShare to Pinterest
Labels: about me, Tags