This post is inspired by a past post from The Broke and the Bookish's Top Ten Most Intimidating Books as part of their Top Ten Tuesday series. I'm hoping to do these lists on a semi-regular basis, looking at both their current ones and their archived posts as well. For this list, I'm looking at books that I have been intimidated to read, whether because of their length, their verbosity, or some other factor. Now, without further ado... 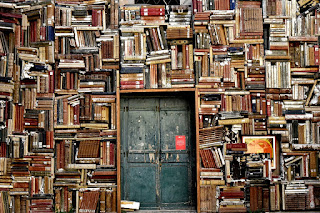