Books I Disliked/Hated But Am Glad I Read

This week I am splitting my Top Ten Tuesday into two parts: Books I Disliked But Am Glad I Read, and Books I Originally Disliked But Grew To Enjoy. I don't tend to typically dislike a lot of the books I read because I am rather picky about what I choose, however every once and a while there is something that just doesn't sit well with me. So, here's my entry for this week's topic hosted by That Artsy Reader Girl, split into two lists: 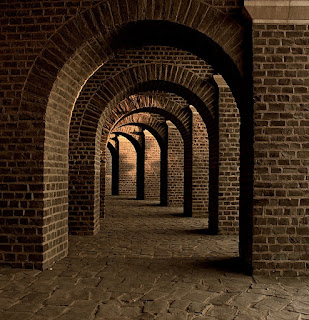 Books I Disliked But Am Glad I Read

1) The Professor - Charlotte Brontë
Yes, my beloved Charlotte is on this list. As much as I adore Jane Eyre, this book just didn't work for me. I'd like to pick it up again in a few years to see if my opinion changes, but I am still glad I got to read more of her work in order to get a more thorough understanding of her writing.

2) The Catcher in the Rye - J. D. Salinger
I hate this book. Sorry to all of you who love it, but it is one of my most hated novels of all time. I'm glad I read it only because I at least tried, and can honestly say it isn't my thing.

3) The Bell Jar - Sylvia Plath
Although I don't hate this book, I really just found it dreadfully dull. I wanted to gain a further understanding of Plath, and to some degree I did, but it felt overall rather stagnant (I suppose that's the point). It was interesting in the sense that it is semi-autobiographical though.

4) Wuthering Heights - Emily Brontë
Charlotte's sister also makes an appearance on this list! There are some wonderful moments in this book, and it is hands-down one of my favourite stories, but I didn't particularly enjoy the book. The cockney slang was nearly impossible to follow, and I found it took away from the feeling of the story in a lot of ways. It's one that I think works much better as a movie (*gasp*) and I do think I will re-read it again one day to see if it improves (but really, just watch the 1992 film because it is one of the best movies ever).


Books I Originally Disliked But Grew To Enjoy

1) 1984 - George Orwell
The first half, although important, drags a bit slowly and drearily. The last half is a horrifying whirlwind ride that will haunt you forever...and it makes the first half completely worth sticking with.

2) To Kill A Mockingbird - Harper Lee
I don't really know the exact point I started liking this one, but I think Jem's interactions with Mrs. Dubose would have to be the turning point. It's one of those books that has always stuck with me.

3) Harry Potter and the Chamber of Secrets - J. K. Rowling
Before any of you completely freak out, I have a good reason for this one! The person who introduced me to the series oh so many years ago was introduced to the series through this book as well, and not the first in the series. Trying to understand what house elves are and figure out the whole universe with no intro was pretty difficult, so it took me two attempts before I gave up. About a year later I actually started the first book, fell in love, and continued through the rest of the series without a hiccup.

4) Fahrenheit 451 - Ray Bradbury
What's funny about this one is that I found it slow almost the whole time I read it...except for some reason I am fond of it, and know that my overall impression of it was a positive one. I have no idea why, but I apparently liked it?

5) Lord of the Flies - William Golding
Similarly to To Kill A Mockingbird, I don't know when this book switched from boring to brilliant, but it did. I really slogged through the first parts, and then got really into it. Yes, there are characters that drive me nuts, but I definitely thought it was worth a read.

6) Macbeth - William Shakespeare
How to make students hate Shakespeare: make them listen to it on tape. This is how we started Macbeth in class, and originally I hated it. I grew up knowing the storyline and loving it, so it made me really angry that it was being ruined for me. So I ignored the class portions, read it by myself, and adored it just like I was meant to.